With an excellent transportation system, Barcelona-Catalonia is the top logistics and distribution center for importing, exporting and doing business in Europe. 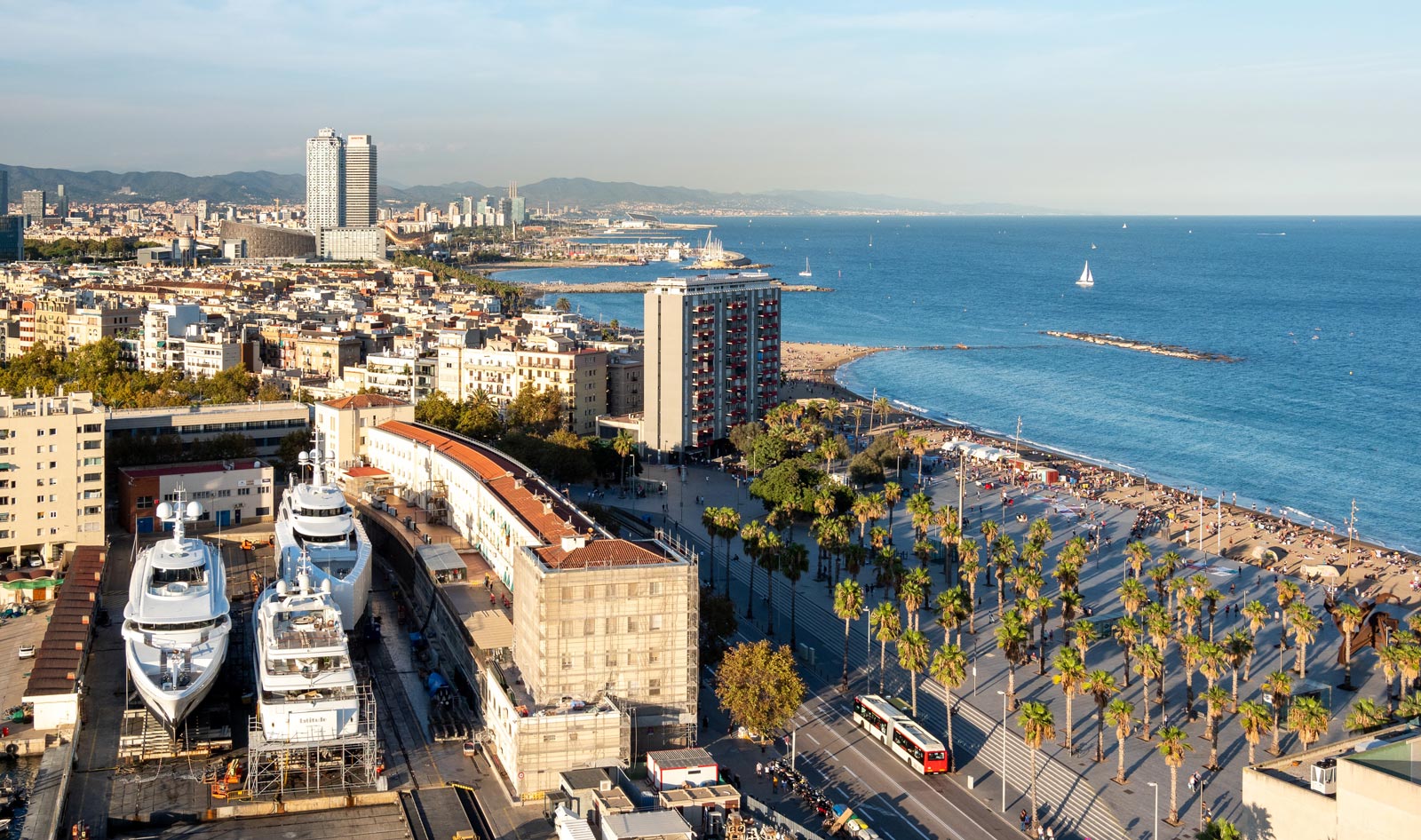 Barcelona- Catalonia is a coastal Mediterranean location in Southern Europe, bordering France and located in the north-east of Spain.

The logistics network can access 400 million consumers in less than 48 hours by different means of transport: plane, train, vessel or truck.

With excellent transportation systems, it is the ideal place from where to reach markets in Europe, the Americas, North Africa, and Asia. Thanks to its close ties with Latin America, due to cultural, language and historical links, it is the natural gateway from Europe to markets in that region.

Its capital, Barcelona, is one of the few cities in Southern Europe with full-modal transport integration (sea, airport, motorways & railways) within a 12-kilometre radius, each with global connectivity.

The top international ports of Barcelona and Tarragona are connected with more than 825 ports around the world.

The Port of Barcelona is a leading European port in terms of vehicle traffic and specializes in handling high added value goods.

With some of the world’s most modern and automated container terminals, it is the 2nd most attractive European port location for logistic investment.

The Port of Barcelona also holds the largest offer of logistics and transport services in Spain and Southern Europe and moves 48.6m metric tons a year.

Direct container services offer a record transit time to export and import from Asia to Europe, with an average 21 days from China.

Moreover, 4.6 million passengers make the Port of Barcelona the Mediterranean's number one cruise liner destination and the fourth in the world.

The Port of Tarragona is the largest port in Southern Europe for chemical products, accounting for 60% of total cargo traffic. It has an advanced internal rail connection, meaning that it connects seamlessly with both national and international railway networks, while it also has its own access to the national highway system.

The Port of Tarragona is the port in Spain whose registered traffics in 2021 have increased the most (18,3 %).

The Josep Tarradellas Barcelona-El Prat airport is a world class infrastructure that serves 219 destinations with almost 90 airlines. In 2021, the airport accounted for 19 million passengers, a figure that is 48,2% higher than the year before.

Located outside Barcelona, the airport is only a 20 minutes’ train ride from the city’s main train station. It has 256 routes that connect Barcelona to more than 145 European cities, as well as 138 monthly flights to the Asia- Pacific region.

The Josep Tarradellas Barcelona-El Prat airport closed 2021 with an 18.9% increase in air cargo compared to the previous year. In total, the airport moved 136,100 tons of cargo.

Catalonia is the main European region in terms of provision of road infrastructure of four or more lanes (48.7 km/1,000 km 2). It is the first Spanish region in both volume of intraregional and international road freight transport.

An extensive rail network with almost 1 800 km connect the main cities in Catalonia with the rest of Spain and France, including 400 km of high speed rail.